Rebecca offers three healing modalities that will help you organize and restructure your body from the inside out.  Within the ten series of the basic Rolfing recipe she incorporates Visceral Manipulation and Pranic Healing or she is happy to assist you with each separately.

Contact us to set up an appointment or set up a consulation.

Rolfing is clearly one of the twentieth century's most influential and most often imitated forms of soft tissue manipulation.  As a direct result of its unprecedented and unequaled ability to dramatically alter posture and structure, Rolfing can create greater ease of movement and enhance the overall functioning of the whole body.

"If you can imagine how it feels to live in a fluid, light, balanced body, free of pain, stiffness and chronic stress, at ease with itself and the gravitational field, then you will understand the purpose of Rolfing."

Rolfing is a system of physical manipulation and movement education that is designed to restore the body to its healthiest and most efficient alignment. By lengthening and repositioning the connective tissue (muscles, tendons, ligaments, etc.) Rolfing works to establish changes in the body's overall structure and sculpt it into a pain-free, and more efficient working unit.

Why do people seek Rolfing? 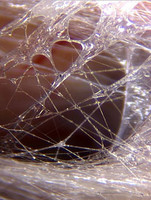 Visceral Manipulation (VM) is a hands-on therapy with the specific goal of encouraging normal tone and movements both within and between the internal organs, their connective tissues, and other structures of the body where normal motion has been impaired.  Additionally, other factors affecting the body may be addressed, such as tensions in the fascia (connective tissue), nerves, and blood vessels, as well as emotional issues.  The ultimate goal of VM is to allow the body to self-correct, leading to improved health and optimal body function.

Visceral Manipulation is based on the premise that movement is essential for life and any restriction will affect our health.  The word restriction is used to mean any decrease in motion.  Everything moves in space and time, and humans are no exception to this rule.  This same principle applies to every structure in our bodies, including our organs. For an organ to be healthy and have optimal function there needs to be motion.  Movement is transmitted between the organs and other structures of the body through a thin layer of connective tissue, called fascia.  Just as when you put on a sock with a twist in it and you feel a twisting pull go up your leg, fascial restrictions may transmit a restriction from one place to other areas of the body.  When you are healthy, and the fascia is flexible and unrestricted, all the structures move with a smooth, interconnected fluidity.  This movement is important, as it influences activities throughout the body, from the tiniest cellular pulsations to heartbeats, breathing, and nervous system functioning.  Optimum health relies upon the harmonious motion relationship among structures of the body.  ~From Alison Harvey's book, A Pathway to Health~

Visceral Manipulation was developed by Jean-Pierre Barral, DO, MRO(F), RPT. He says:

In the early 1970's in France, I studied the effects of lung disease and dysfunction on the motions of the lungs.  I studied patients during surgery and found that the movements and the pressure on the lungs changed with different diseases and dysfunctions.  These changes also altered the motion of the supporting structures, including the bones and muscles.  These changes affected the digestive system, the heart, and the neck.  In fact, I observed and felt how the entire body was affected due to diseases, dysfunction, or injuries.  This showed how visceral (organ) changes can significantly affect other parts of the body, and over time lead to muscular or skeletal changes as well as various symptoms, such as pain.  I applied this understanding during treatment with my patients.  I have treated thousands of patients, and the development of any technique such as Visceral Manipulation has always been prompted because people were in distress.  I studied anatomy and then organized what to do with my hands to release restrictions. I am a practitioner first, and secondly a teacher.

Visceral Manipulation evaluation and treatment are done with the hands.  No one argues with the wine taster who, by using his or her palate, can tell us the characteristics of wine--its region, its vineyard, or even its vintage.  The sense of touch can go at least as far.  To be effective we must feel for tightness and restrictions in the body.  Visceral Manipulation is not about forcing a correction on the body.  It gently releases restrictions, and then lets the body take over in order to self-correct, realign, and restore health.  Visceral Manipulation is about treating the patient as a whole, not just treating the symptoms.

Pranic Healing is a more comprehensive and treatment-specific form of energy medicine. Working with meridian lines along with the major chakras.  Pranic Healers detect congestion, and energetic blockage,  depletion, and energetic deficiency.  Pranic Healers use a sweeping technique to manually clean away the congestion or dirty energy; and energizing, which is supplementing areas of pranic insufficiency. Creating balance and flow in your energetic system helps with all forms of "dis-ease" on the physical, mental, emotional, or spiritual levels.

Where to Find Us:

To accomodate our clients' busy schedules, Rebecca works around your schedule for your convenience.  Call now to set up an appointment or a consultation, (801)671-9118